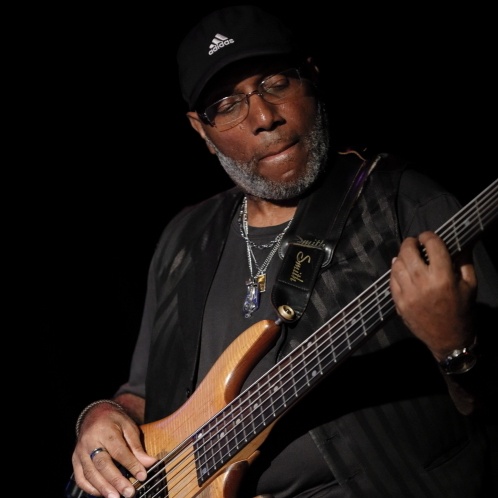 When you first meet Jerry Livingston, you might be impressed by his quiet, unassuming nature. Then he begins to play, and you are struck by the formidable musical force that is Jerry Livingston.

I first worked with Jerry in 1998, when Bobby Jones asked him to play on two of the arrangements on my first album, TORCHED. Bobby said Funny Valentine and Do Nothing Till You Hear from Me needed what he referred to as the “Jerry thing.” I knew of Jerry by reputation and had heard his signature style on many recordings that were the soundtrack of my life. Jerry has appeared on countless R&B and jazz recordings over his long career — artists like Thelma Houston, Billy Phillips, Miki Howard, Stephanie Mills, and The Mary Jane Girls, all of whom were looking for that “Jerry thing.” It is, however, his work with the legendary Rick James that garnered him the most notoriety, appearing on five of his albums, including gold-selling album, Rick James – Reflections.

In 2003, Jerry again appeared on several tracks of my second album, CW, and in 2011, he joined the band officially after our brother and bass player, Jim Kurzdorfer (Spyrogyra) passed away.

Apart from his work with my band, Jerry is an adjunct professor at Villa Maria College in Buffalo, NY, and continues to add his unique and exciting brand of musicality to many recordings locally and nationally.